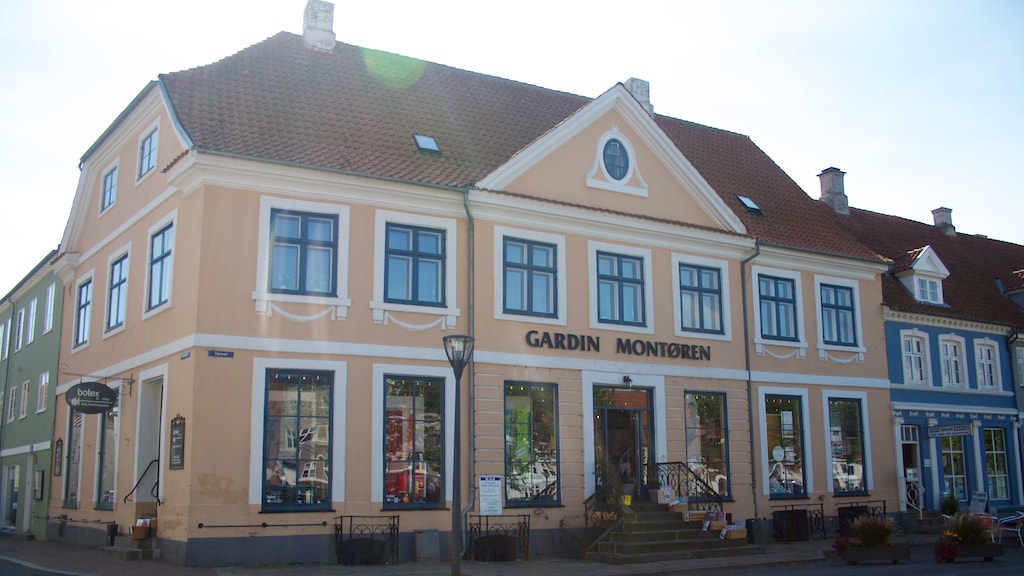 This site was occupied by the mansion of the “Great Kalente Guild”, a Catholic Brotherhood. It was built by the church in the first half of the 15th century. After the Reformation the property was confiscated, and for a time was a pharmacy. During the fire of 1797 it was owned by the merchant Jørgen Nielsen, as it had been since 1776.

The fire ravaged Kalentegården and seven neighbouring houses. In their stead was built the fine classical town mansion, its facade discreetly ornamented with festoons. The probable influence of Johan Jakob Encke’s architectural style is reflected in the triangular gable, the encircling tympanum and the tiles. There is a medieval cellar under the house.