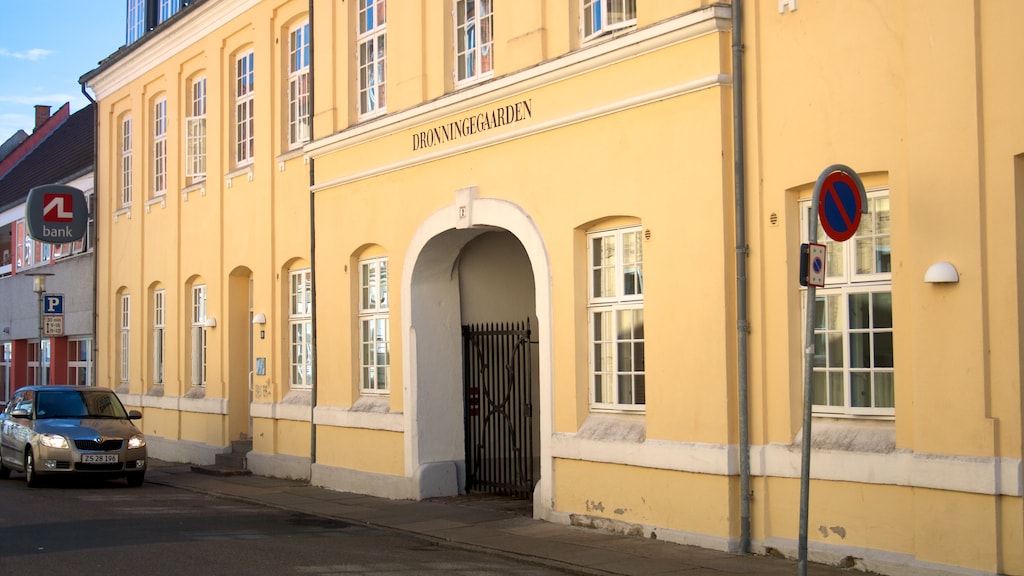 During the "Count´s Feud" this house, also called Amtstuen or "Treasury", was owned by Mayor Rasmus Rostokker, who, however, fled after the war. King Christian III then gave it to his queen (dronning) – hence its name. Later on stables were added here for the use of the Court when it assembled in Nyborg.

But these became superfluous in 1722, when most of the castle was demolished. Dronningegården then became the County Hall for Tranekær and Nyborg until 1865, when this office moved to Svendborg. The house was restored by Encke in 1812.