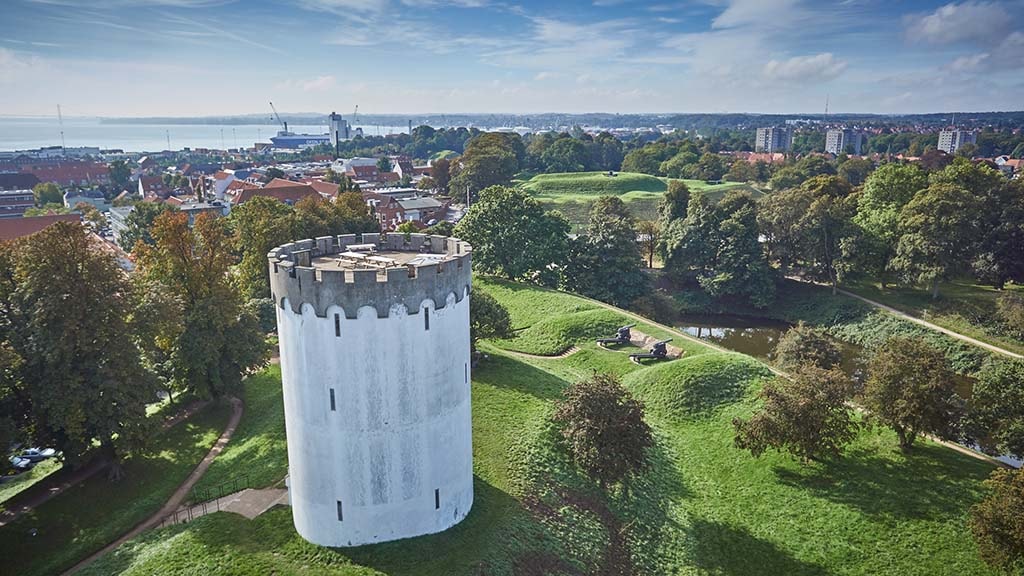 Be amazed by Fredericia - Facinating history on a guided town walk

We cover quite a lot of ground on our guided town walk. Among other things, we hear how Denmark was transformed from a great European power to a Lilliputian state. By participating in several disastrous wars, which Denmark was more or less responsible for, Fredericia Ramparts played a central role and have, inter alia, provided the setting for some of Denmark’s biggest defeats, but also for one of the proudest victories written in world history. This exciting story of the fortress town and the ramparts, which are among Northern Europe’s most well-preserved, will be brought alive and give you a solid overview of the fortress’s background and history.

In 1674, King Christian V declared religious freedom in Fredericia, which meant that many of those with oppressed beliefs - including the French Huguenots and Jews - were allowed to settle in Fredericia. This is still evident today, where the many different churches are a testament to Fredericia’s religious diversity. A trip around Fredericia will take you to some of these churches - the new and the old ones - as well as the Mosaic Burial Site, the oldest Jewish burial site in Denmark outside of Copenhagen.

In the inner town, you can meander your way through the winding streets and see how beautifully the ramparts frame the old part of town. The trip also goes past Fru Nielsen’s Hus and Nordstjernen, which are among some of Fredericia’s oldest buildings, which were originally breeding farms. Listen to the guide recounting how life was lived in the fortress town and Denmark’s religious haven.

Practical information
Practical clothing and footwear are recommended. The walk is not strenuous, but is unsuitable for people with walking difficulties. The tours can be customised or lengthened to fit your needs. The guided tours are available in English and German and perhaps other languages.