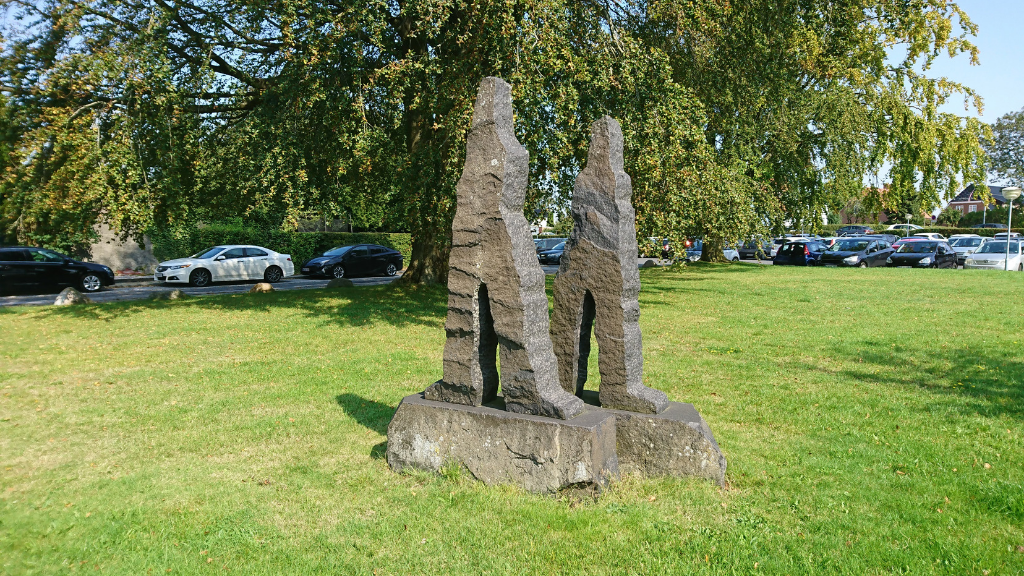 The sculpture Two Brothers by Erik Heide was originally to stand on the Mount of Olives in Jerusalem - it became too expensive with transport, instead the sculpture now stands on the parking lot at the Regional Hospital Holstebro.

Other sculptures made by Erik Heide include Wind, The Iron Rose and Birn's bees here in Holstebro.