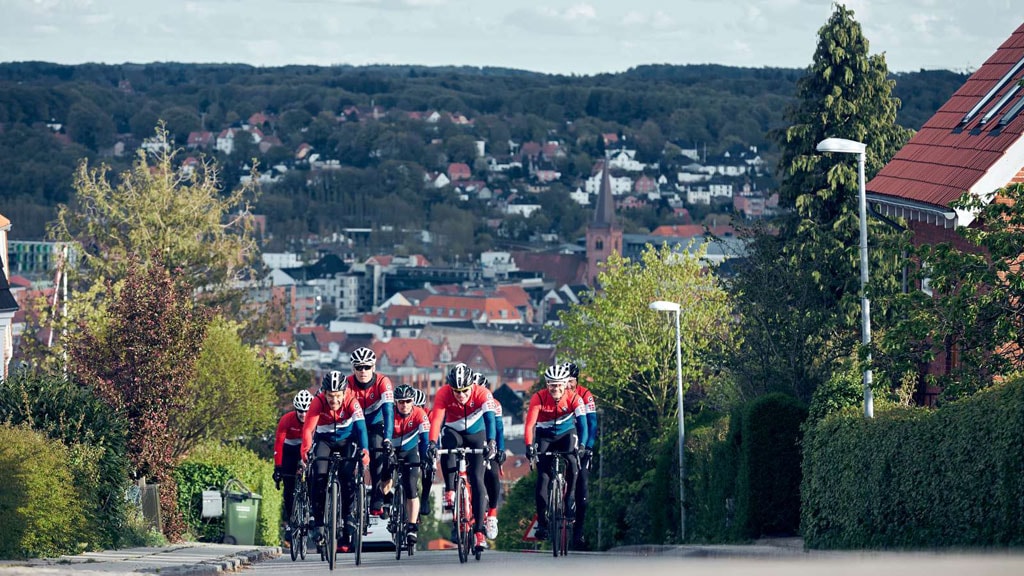 It’s quite unique that a single route in Denmark offers a total ascent of 3,000 metres. Indeed, to find routes that are steeper you would need to head far south into the continent. Optionally, you can skip the last loop around Bredballe. The route will then total 200 km with an ascent of 2500 metres.

The route has several loops in order to reach all the hills in the valley of Vejle Ådal and avoid roads with heavy traffic. But you will only be riding along the same road for a few kilometres. At several locations, the same hill is used for ascent as well as descent. After reaching the top of Julius Jepsens Vej, there are 800 metres of road with compressed rock dust, which you can easily ride along with a sports bike. There is also a short stretch of gravel road along Vigen Skovvej, which is ridable and Vejle’s version of the pavé.