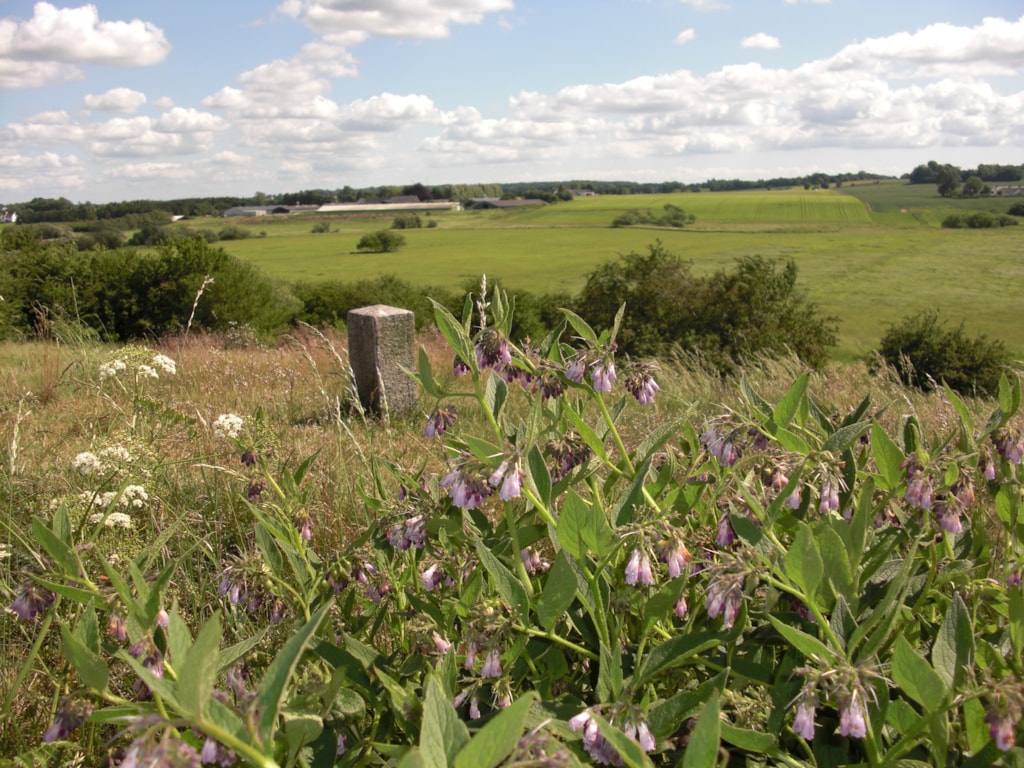 The Mound of Hagbard

Hagbardshøj (the mound of Hagbard) originates from the bronze age (1800 - 500 B.C.)
The mound is bound to the sad love tale about Hagbard and Signe, mentioned in Gesta Danorum "the Cronicle of Denmark" written by Saxo

The legend connected to “Hagbardshøj”, tells the story of the Norwegian prince Hagbard, who loved the Danish princess Signe. As he had killed her brother, it was a difficult alliance. Hagbard disguised himself as a shield-maiden, but was disclosed and condemned to death. Before that, Signe had sworn that if she saw him in the gallows, she would follow  him to death. Saxo narrates in his “Denmark’s Chronicle”: Hagbard, a Norwegian prince, could not have his beloved Signe, the daughter of  king Siger (Sigersted). When he went to see her anyway, he was caught. His punishment should be to hang on the hillock. Signe wished to die with her Hagbard. They had agreed, that when she saw Hagbard in the gallows, she would set her bower alight. To test her love, Hagbard had his cloak hung in the gallows. When he saw the bower ablaze, he met his death happily. She was buried a nearby hillock called Signes hillock (to be seen from Skælskørvej).
Signe's mound is best to be seen from Skælskørvej.