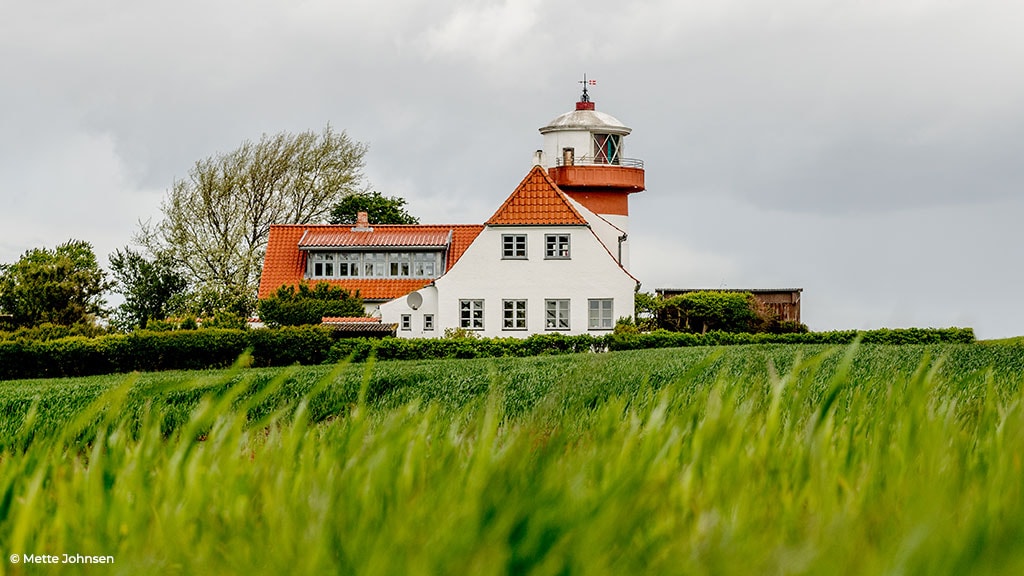 This 12m high lighthouse, equipped with a sector light, was built in 1892 and was lit for the first time in December 1893.

On 8th June 1560, during the reign on King Frederik II the “ Royal Danish Lighthouse Commission” came into being. By 1900 around 175 lighthouses had been built in Denmark, of which 3 were on the north tip of Langeland. They were built between 1880 and 1895 and the the biggest and most important of them was the lighthouse at Hou.

Hou Lighthouse was automated between 1949-50, after which time there was no permanent keeper working at the lighthouse.

Built in 1892
“Lighthouse Commisions: Hou Lighthouse” was built by M.P. Hansen and Harald Petersen from Horsens who won the tender for its construction. The cost of building the lighthouse alone was Kr 7,854.45, but the total cost which included building the nearby official residence for the assistant lighthouse keeper came to Kr 8,103.50.

It is not possible to visit the lighthouse buildings, so they can only be admired form a distance.