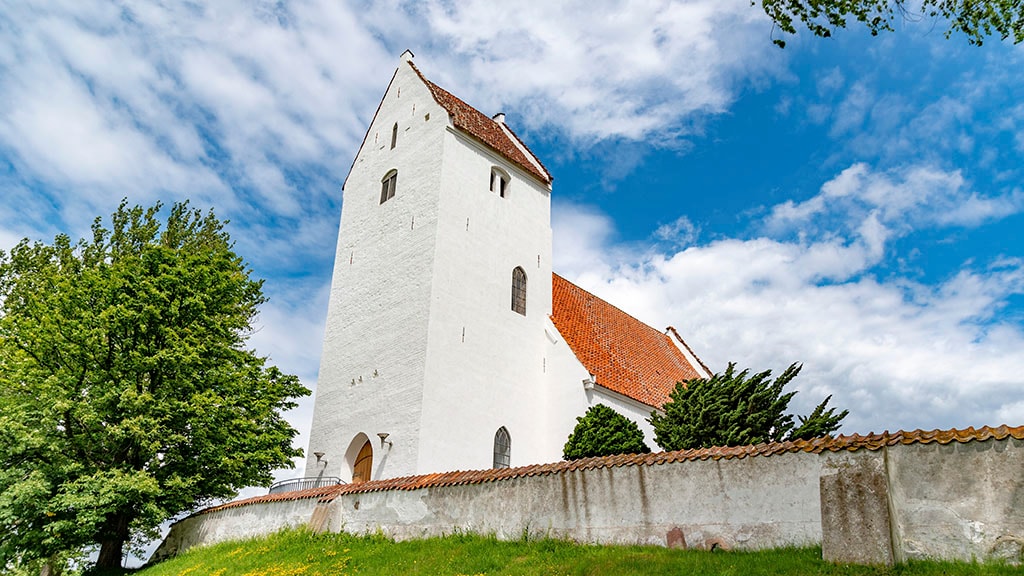 The church is the oldest of the parish, built about 1225-50 into large bricks near to a holy spring. The church is rebuilt and extended during more periods, which gives it a unik look.
The ship and the choir are built into large bricks. You see the Roman touches clearly in the choir, which had 7 round arc windows, which now are bricked up.

In gothical time around 1300-1500 there were quite som changes in the church. Besides the performance of the tower there were cut in vaults. The choir got slender schmallen Fans, and cross curves and the ship 2 star curvess, the eastern with a set of cross ribs.

The altarpiece is highly renaisance from the end of the 1600 century, implemented of the "Bårse herreds snedker".

The pulpit is from the year 1639 and in cartilage baroque.