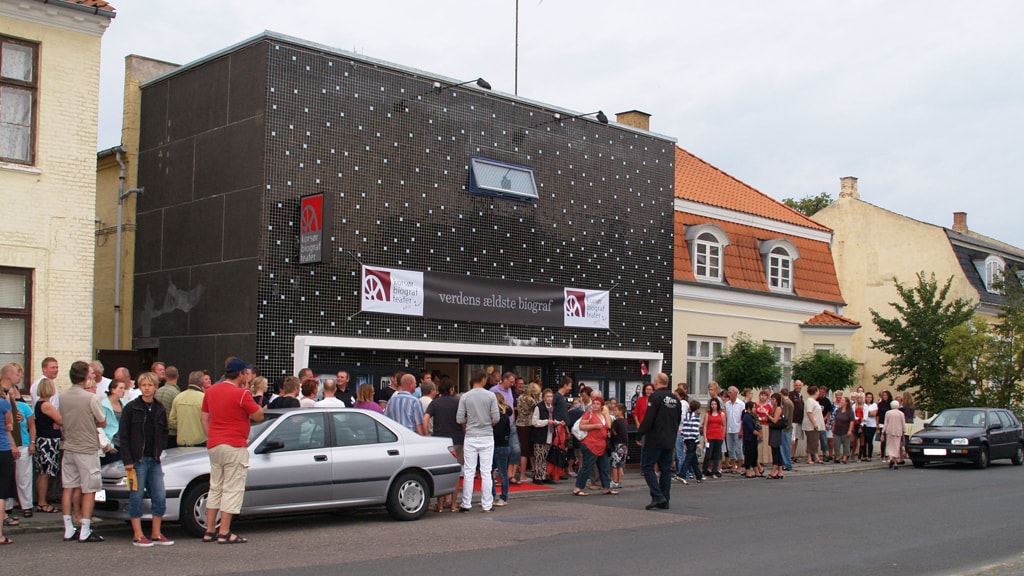 Korsør Cine Theater is a small cinema driven by volunteers committed to the cause of showing cultural experiences to children and grown ups.
25 July 2008 'Korsør Biograf Teater' entered Guinness World Records as the oldest cinema in the world still operating.


The Cinema opened 30 January 1907 at Hotel Korsoer and performed at this location until June 30 1908.  The Cinema was moved to its newly built location und had the first performance August 7 1908.

Today Korsoer Biograf Teater is still operating from this building.