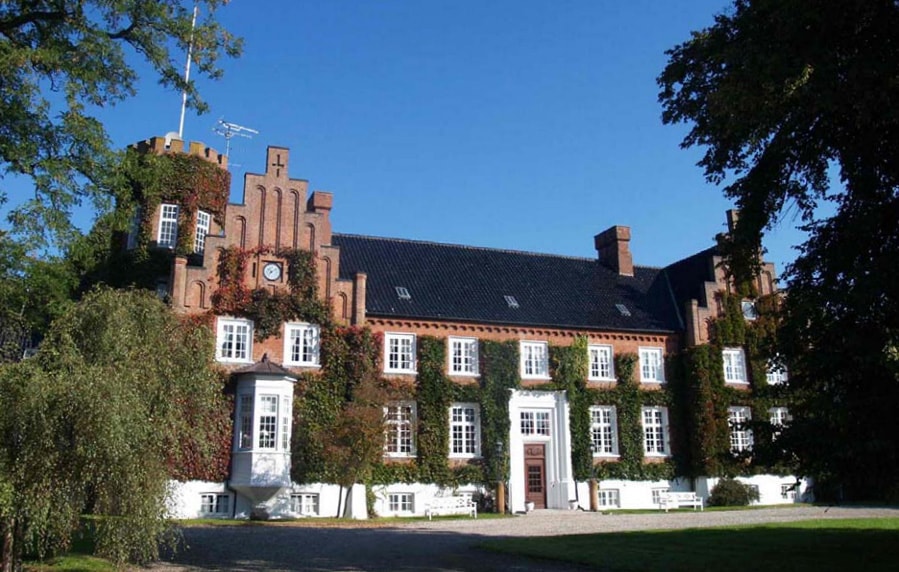 Krabbesholm Manor was part of Eghom Castle until 1673. It was the then owner of Egholm, Baron Oluf Rosenkrantz, who received a royal permission to built a manor house on the land of the destroyed village Vinderup. Vinderup was probably destroyed during the Swedish Wars. The manor was named Krabbesholm after Rosenkrantz' wife Birgitte Krabbe.

Krabbesholm is located between Skibby and Sæby. Since 1979 the manor has been owned by an estate company.