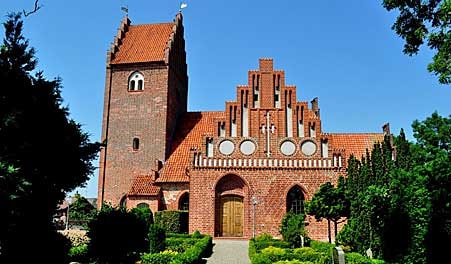 The church was constructed around 1270, with a tower and the large south chapel which were first built around 1470. The size of the chapel and the unusually fine south gable is due to the fact that there has been a holly well in Majbølle churchyard, which is no longer existing, which considerably attracted more pilgrimages. The holy well was dedicated to Saint Anne (the Virgin Mary's mother). The church was originally called St. Anne's church.
An object of interest is the stock of the church tower from 1470. It goes through two storeys.
Adres