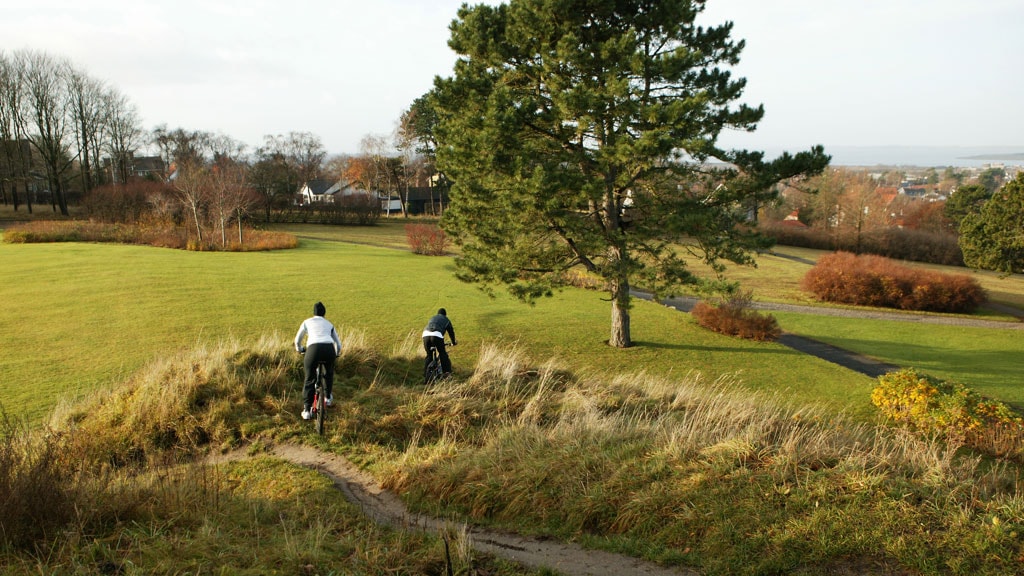 Behind Aalborg Zoo you will find ’Mølleparken’, which is a big park that was landscaped in 1933. It has a fantastic view of Aalborg, Limfjorden, Egholm and Gjøl. In the summer, Mølleparken also hosts concerts.

In Mølleparken you can find a variety of different sculptures and artworks.

The 6 meter tall and 60 tons heavy sculpture called "Noahs Ark" was made by the Israeli artist Rolf Roda Reilinger, and was revealed in October of 1976. The sculpture was a gift to Denmark from the Israeli people as a thank you for their efforts to help the Jewish population during World War II.

Besides this, it is possible to admire many different distinctive plants in Mølleparken – for instance the giant ‘mammutblad’ which is bigger than most 3-year-olds.