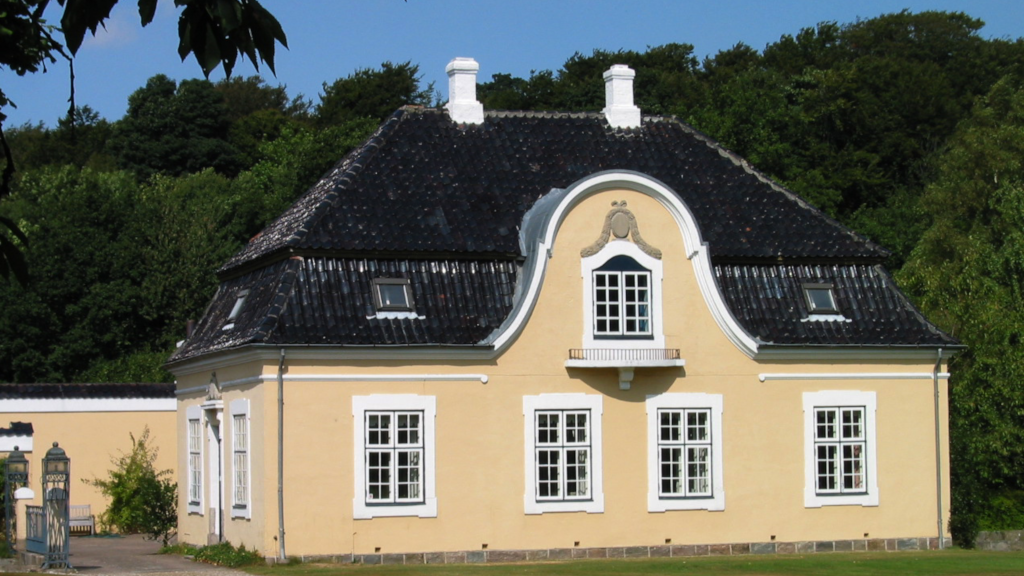 The manor is situated just west of Odder, where a beautiful avenue of lime trees lead to the estate. The manor was established in 1674 and was in the period 1771-1800 owned by the then prime minister Joachim Otto Schack-Rathlou. Last century an elegant park was laid out around the main building, and this park later became a popular resort for the inhabitants of the town.

In the beautiful main building from the 1770's, the Holstein-Rathlou family lived a distinguished life suitable for the upper class, around the turn of the century. The main building was in the 1930's used as a restaurant. During World War II it was used by German troops and in 1950 it was torn down.

The manor is now owned by the former mayor Iver Tesdorpf.

The estate is closed for the public.