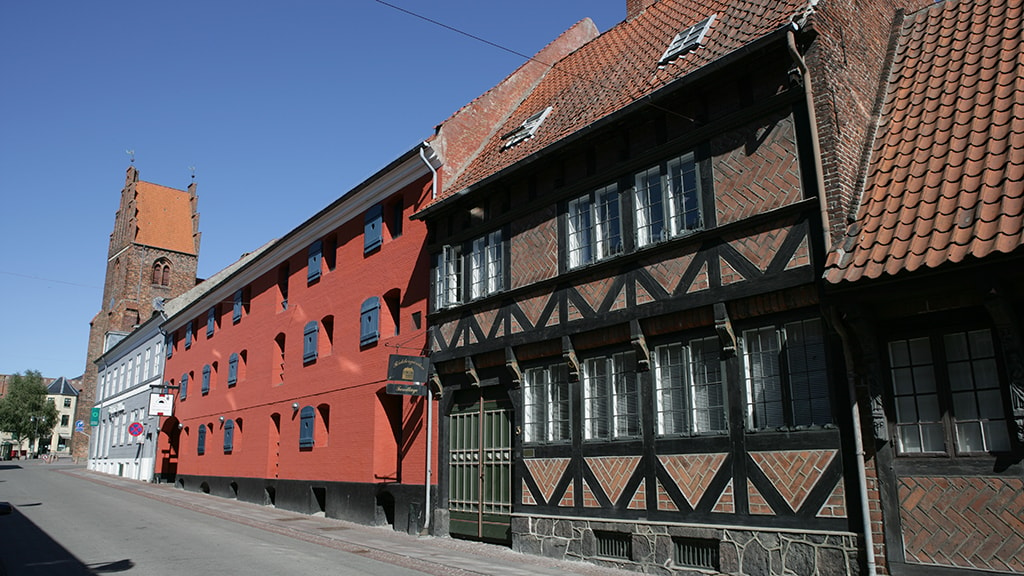 Ridderhuset The House of Knights

Ridderhuset is located in Riddergade in Næstved and is a beautiful half-timbered building dating from the Renaissance. The house dates from 1520, most of which dates from around 1600 and has been protected since 1918. The house is located between the Red Warehouse and the Apostle's House.

Ridderhuset is a typical two-storey townhouse from Chr. IV's time. It is a half-timbered house, in two logs, in the boards between the timber is monk stones. And there are carved and painted wood on the facade that make the house something very special. Ridderhuset was renovated in the years 1884-1885, possibly by architect V. Ahlmann, who also restored the Apostle's House.

In the 19th century there was forge in the house, since then it was bought by a grocer. In the years 1879-1909 Næstved Diskontobank was the owner of the house. And over the years there have been various occupants of the house.

It is only possible to see from the outside.