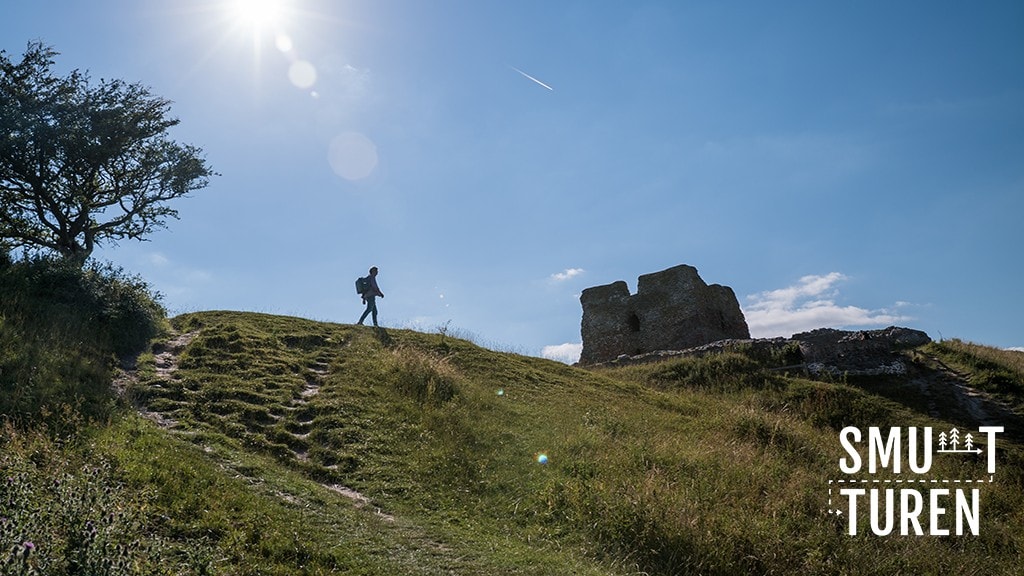 Foto: Smutturen Kalø Slotsruin
Activities
Tour suggestions
At the foot of Mols Bjerge National Park, Kalø Slotsruin is located on a bank in the cove, Kalø Vig. If you follow the old stone-paved path out onto the peninsula, it’s like travelling back 700 years. Shut your eyes and imagine how the castle once defended itself against rebels and foreign powers, or take the newly-established steps up the tower, where you can experience the landscape from up high.
Adres

Kalø Slotsruin is located on a natural mound surrounded by an attractive coastal landscape, offering fine views out over the sea. The ruin is one of Denmark’s best-preserved medieval castles that King Eric VI had built in 1313. The only way to the ruin is via the 500meter long causeway. This is Denmark’s best-preserved and longest medieval road. In the castle’s heyday, the uneven route was part of the castle’s defensive strategy, which also consisted of three defensive chains to keep intruders out. Inside the tower, you can see the remains of the castle’s dungeon. The large holes at the bottom of the wall were probably made by the castle’s prisoners, as they attempted to escape.

The ruined castle is best experienced on foot, but you can also cycle along the area’s paths and woodland tracks. There are parking places near the path that leads to the castle, or you can use the car park at Kalø Slotskro.

Smutturen.dk is an inspiration guide with 50 unique nature experiences throughout the country. The tour should help to raise awareness and awaken interest in nature experiences and places that many of us do not already know. The tour was developed by Realdania in collaboration with VisitDenmark, Dansk Kyst- og Naturturisme and Naturstyrelsen.

For the whole family