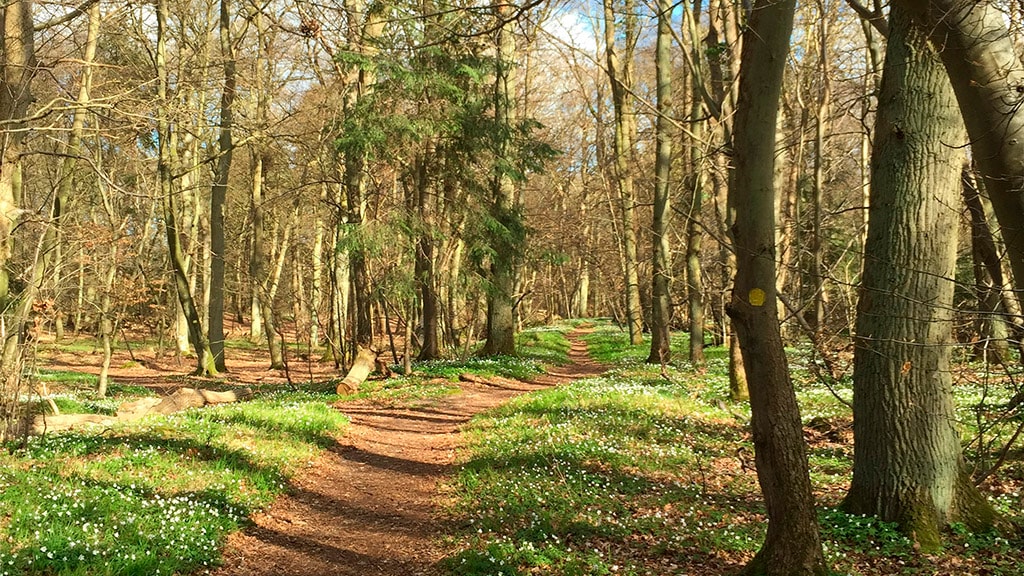 Ulvshale forest on Møn is a little special forest, here the trees grow slowly because the soil is thin and quite rocky. Many of the trees are crooked because it is difficult to grow in stone. The Wolf Tail itself is formed by the flint test from Møns Klint. When the cliff is degraded from there, heavy flint tests are carried there via the current and the waves. Where the wolf tail forest stands today, there was once a sea.

The forest was an oak mixing forest, with many large oak trees. However, due to an auction in 1769 where Møn were sold, the citizens of Stege bought the forest from the state and made it a forest everyone could visit. At the same time, most of the oaks were cut down and cattle put to pasture in the forest. This is also why the forest is what you call a light open grazing forest.

In 1929 the forest was preserved, but it had undergone an upgrade, back in 1840-60 it was replanted as it was in very poor condition and in the sense of the law could not be called a forest.

Today in Ulvshale forest you can still see some of the old oaks, especially at the partysite in the middle of the forest. The forest has many different species of trees and bushes, but oak is the most common. But there are also many naturally occurring tree species, Denmark's largest population of small-leaved lime found in the forest, and there are also some vegetation with the rare gut twist.

At the parking lot there are covered tables and benches where you can enjoy your food.