Explore the home of LEGO®, the world's favourite toy!

LEGO® is known and loved by children and adults throughout the world, thanks to its ingenious simplicity and the endless imaginative possibilities. Here are some things you may not know about LEGO, the world’s favourite toy.

LEGO® came into being around 1930, when a Danish carpenter from Billund in Jutland fell on hard times building houses. He supplemented his trade making wooden toys and was so successful that he was soon only making his wooden building blocks. He called the company LEGO®, a mix of the Danish words for 'to play' - 'at lege' and 'good' - 'godt'. It was the perfect name for a perfectly simple toy. The LEGO that we now know and love around the world was born! 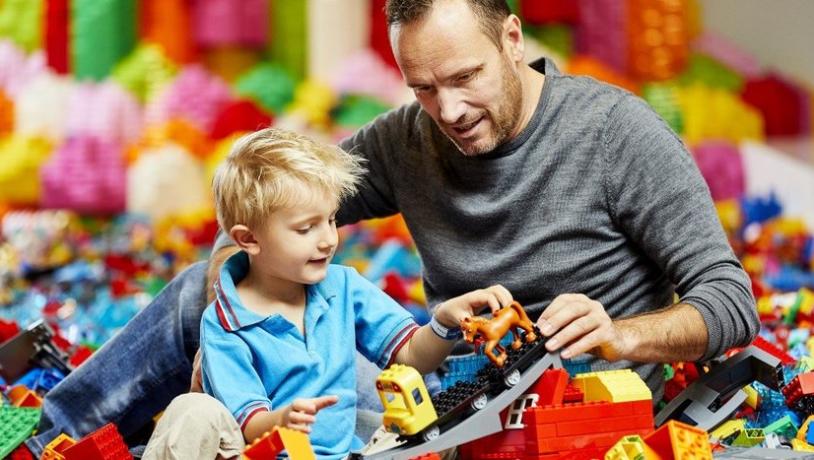 The building blocks of today’s LEGO®

Carpenter Ole Kirk Christiansen was a visionary man and he was soon importing technology to produce injection-moulded plastics, revolutionising manufacturing and setting the course of LEGO for the next century. Since 1949, LEGO has been made of plastic and continued developments to these seemingly simple building blocks, have kept LEGO a world-leader in toys.

In 1968 the doors opened on LEGOLAND® Billund Resort, the theme park built entirely of LEGO. Located near Billund Airport, LEGOLAND’s favourite attractions include the mini models of famous buildings and sites from around the world. LEGOLAND has itself spread across the world and you can now visit LEGOLANDs in Europe, North America, Asia and the Middle East. But the original LEGOLAND at LEGO’s home in Denmark still draws millions of visitors each year.

LEGO® House: Home of the Brick

LEGO House in Billund, Denmark is an attraction for LEGO builders of all ages. It's a colourful complex of interactive exhibitions, building zones and LEGO models for LEGO lovers around the world. Designed by Danish architect Bjarke Ingels, LEGO House is where creativity meets design. Explore the Home of the Brick's coloured zones to challenge your skills, imagination and create the LEGO models you've always known you could..

You can read more about LEGO® products on the LEGO website. Though they don’t have regular tours of the factory at Billund, you can arrange for visits for groups and special guests.

Disclaimer: LEGO® is a trademark of the LEGO® Group of companies which does not sponsor, authorise or endorse this site.