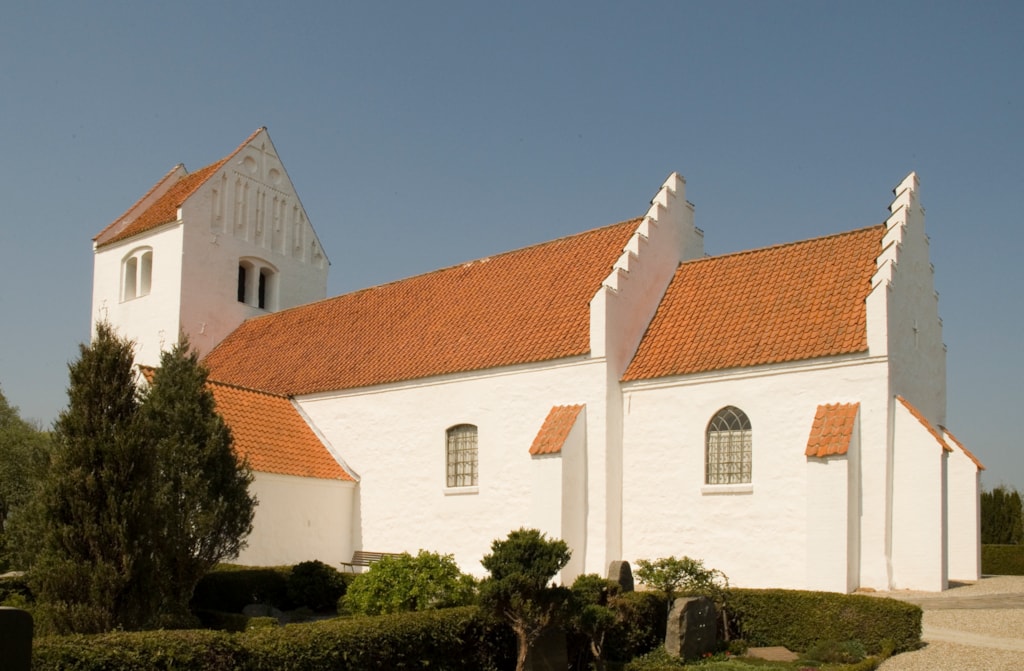 The choir and nave of Asnæs Church was built around the yéar 1100. The tower dates back to the late Middle Ages and the pulpit to about 1600.

The present altarpiece is from 1635, erected by the liege lord of Dragsholm Castle, Claus Daae. The old altarpiece by the northern wall across from the entrance dates back to the middle of the 15th century.

The large font from about 1300 is Gotlandic handicraft work in limestone.

The Asnæs-crucifix, carved in the 12th century, is a Roman king's crucifix which bore a crown. The crucifix is the church's finest treasure and estimated to be the best wood carving from the Middle Ages in Northwest Zealand.