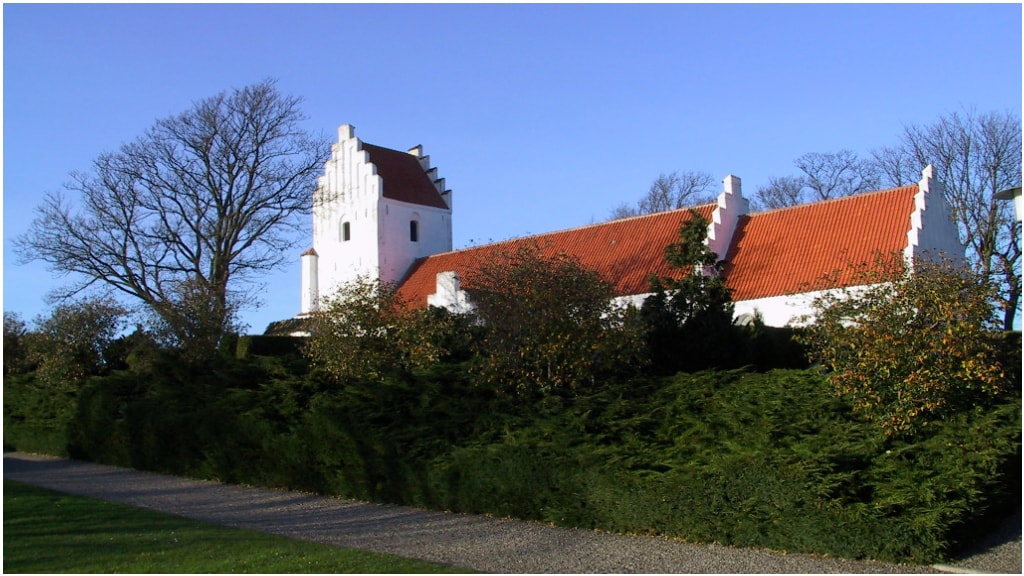 Besser Church was built around the year 1200, which makes it one of Samsø’s oldest churches. It is located some distance away from the actual town of Besser as well as from the rectory but it is centrally placed relative to the five villages belonging to the parish.

The church’s beautiful chandeliers each have 16 candles. The finest one is the renaissance chandelier (the second one from the eastern side), which belonged to the naval hero Peder Skram’s grandson Niels and his wife Kirsten Styggesdatter Rosenkrantz. How it ended up in Besser Church is a story in itself.

Outside the church, on the western side of the tower, there is a memorial plaque for captain Christen Overgaard, who died on July 8, 1810, when his gunboat attacked a British ship near Røsnæs on Zealand. The Englishmen sailed their ship right through the gunboat and cut it in half. The body of Christen Overgaard drifted ashore on Besser Rev. The plaque was put up by his wife, Oline.

Numerous myths are connected to Besser Church: One is about the troll who allegedly built the church; another is about the bell that flew from the tower and landed in a pond; yet another concerns the elf that plays around with the church bell; and still yet another tells about the midwife who has returned from the dead.