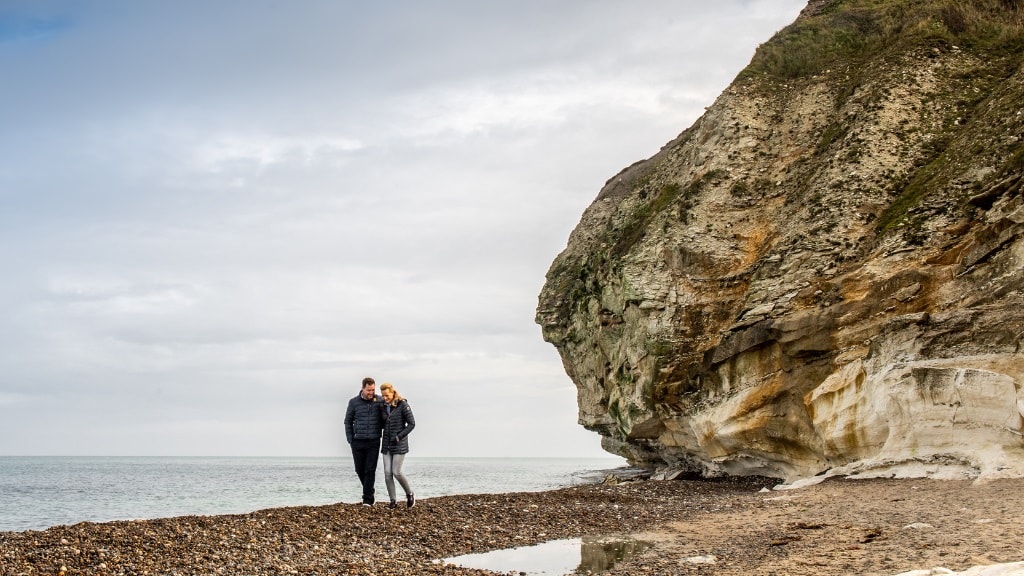 Denmark's only bird cliff - outside Bornholm.

The remains of Skarreklit - a 16 meter high limestone cliff stood until 1978 as a giant fangs in the sea off Bulbjerg.

Here on the exposed rock ledges, the North Atlantic gull bird Riden breeds in large numbers - up to 500 pairs. The rarer Mallemuk also breeds here to a lesser extent. In addition, you can see a multitude of other birds on Bulbjerg.

Bulbjerg is protected to preserve the area's unique nature and views.

During World War II, Bulbjerg was a listening and radar post for the Germans' cannon positions at Hanstholm. In a radius of 1-2 km south and east of Bulbjerg, many traces of the occupation are still visible. Most notable are the many bunkers and machine gun positions that are scattered around the dunes.