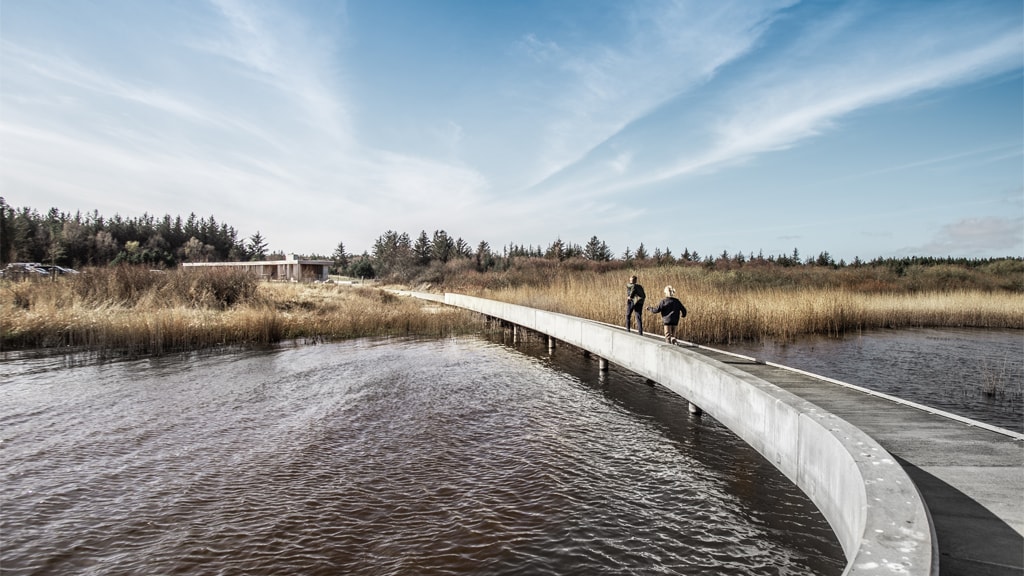 This beautiful lake is situated in West Denmark, close to Henne. Filsø offers an amazing, a rich wildlife as well as exciting stories about the past of the lake.

With the re-establishment of Filsø Lake, West Jutland has regained one of its largest nature areas, after the lake was dry for generations and the seabed was cultivated. When the foundation Aage V. Jensen Naturfond acquired the land, the water was led back into the lake during 2012, resulting in a record-breaking number of birds resting in and around the lake during autumn. Geese, ducks, wading birds, sea eagles and ospreys are just some of the interesting birds, which you can see from the bird hides and observation points around the lake. The combination of meadows, wetlands and heath areas ensures great conditions for breeding birds and interesting plants. The grazing animals in the area prevent the landscape from overgrowing, which would mean that several animal and plant species could not maintain their existence.