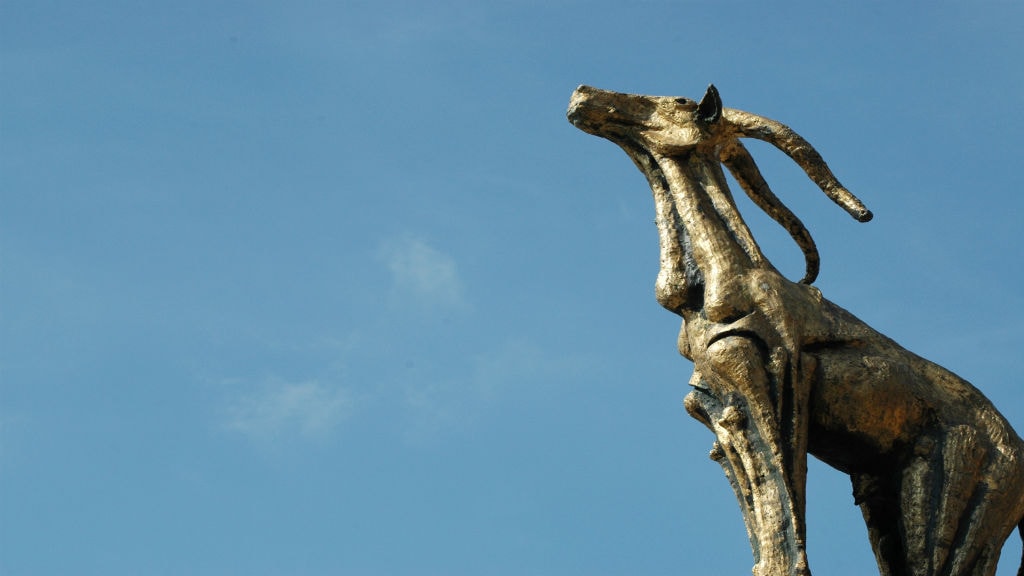 The Golden Calf is a sculpture by Jens Galschiøt. It is 8 metres high and is placed in the square in front of City Hall in Fredericia.

The Golden Calf was originally presented in the Belgian city of Ghent in 2005 during a campaign against the greedy banks and their unethical investments in the weapon industry and developing countries.

The Golden Calf symbolises how greed and blindly dancing around the golden calf leads to financial breakdown just like it happened once again a few years ago.
After a storm in 2007 the tall thin legs of the sculpture had to be reinforced, so the sculpture now stands with its hoofs firmly planted in front of City Hall.
The Golden Calf has over the years created much debate in Fredericia. Many believe, that that is precisely the idea of art and what gives it meaning.