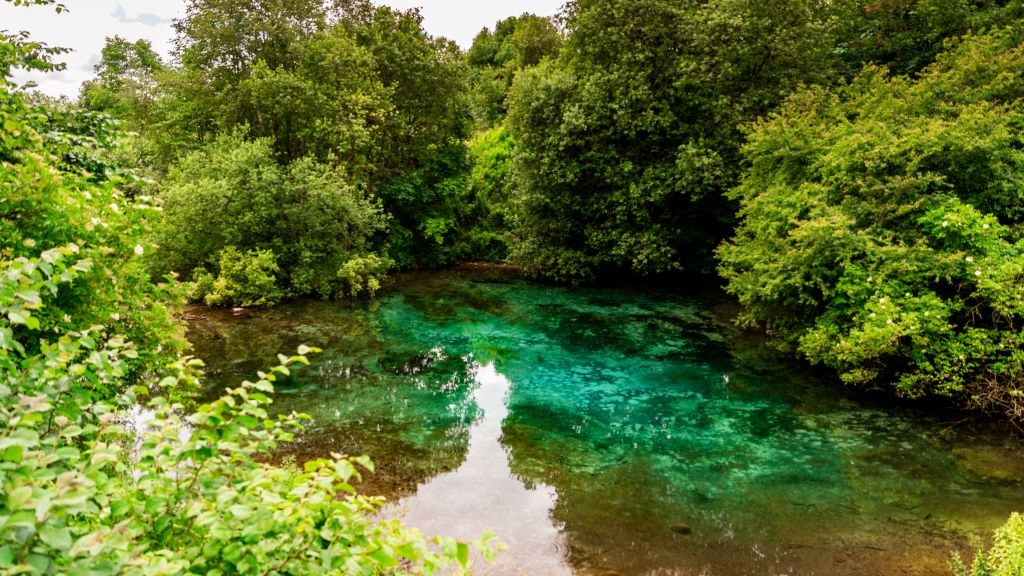 On the eastern side of Hobrovej (Route 180), at the foot of Kirkebakken in Gravlev lies a large, beautiful basin spring. Gravlev Kilde has had a chaotic existence. The main road was constructed in 1938 on top of a dam, which was built where the original spring lay. As a result, the source was forced eastwards. The spring provided water to a fish farm for half a century. The spring area below the basin and the winding stream is a result of a nature restoration project, carried out by the Danish Nature Agency in 1995, when the trout ponds were closed. In, and near the spring, you can see trout, kingfisher and white wagtail. The 100-150 litres per second, which runs into the lake, Gravlev Sø, makes Gravlev Kilde one of Denmark's largest.

The spring is probably the reason why the church was built here in the 1100’s. Already in ancient times, springs were often places of worship, and later churches were built close to or on top of springs to eliminate paganism. We often see this at springs elsewhere in Denmark, for example, in Gl. Skørping. In the Middle Ages, the spring served as a holy spring.