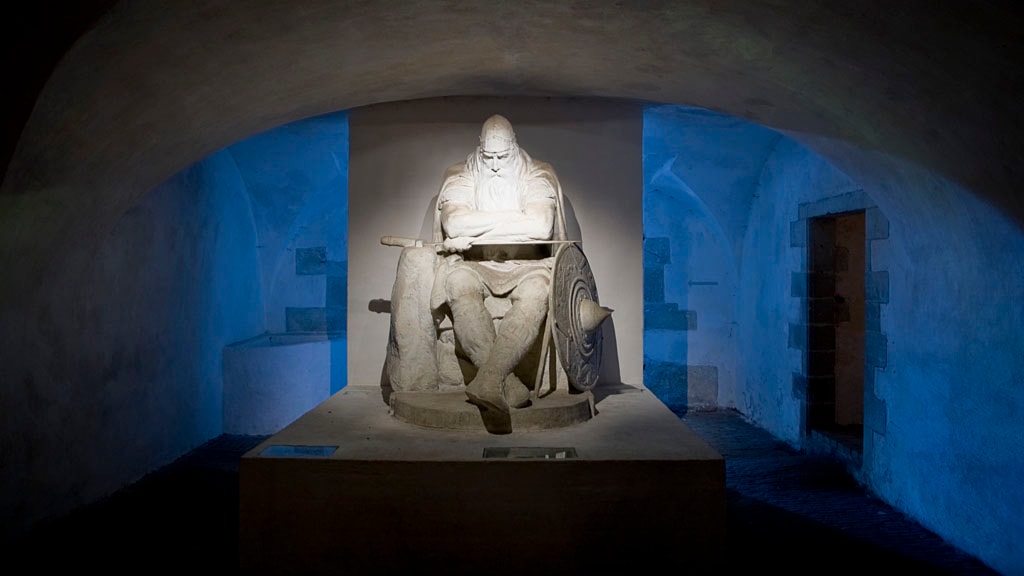 Every child and grown-up in Denmark knows Holger the Dane who sits asleep in the casemates of Kronborg Castle - until the day when Denmark is in real trouble, and he will wake up and defend the mother country.

For several hundred years Holger the Dane has been an important national symbol to the Danes.

Originally the myth is not Danish at all but derives from the Chanson de Roland, a principal work in French medieval-literature.

The sculpture has the following history: In 1907 Hotel Maienlyst in Helsingør ordered a bronze statue of Holger the Dane. The plaster model for the bronze was placed in the casemates of Kronborg, and in time it became much more famous than the bronze statue, until May 2013 situated at Hotel Marienlyst. The artist was Hans Pedersen-Dan.

in 1985 the plaster sculpture had to be replaced by one in concrete due to the damp climate in the casemates.