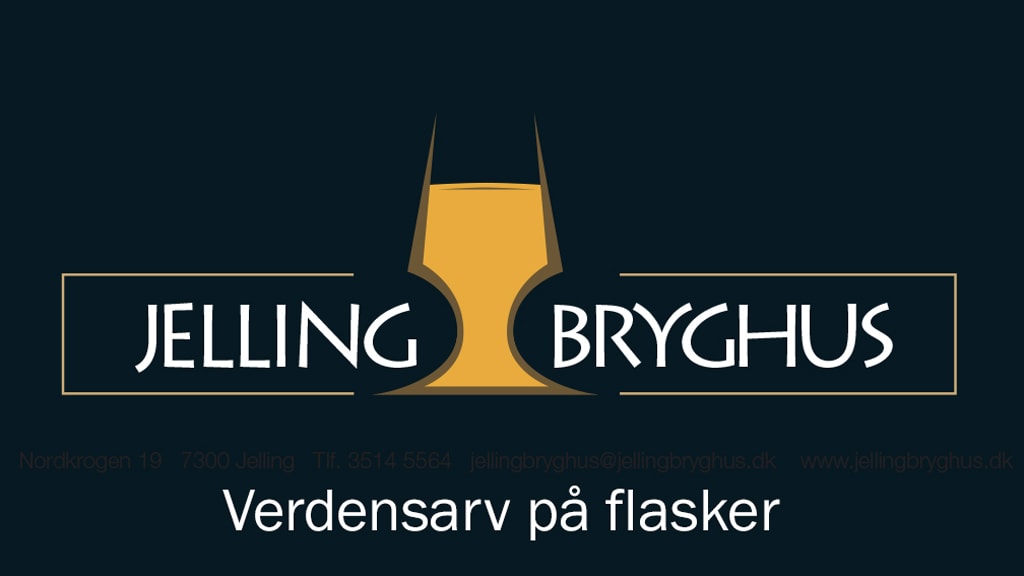 Foto: Jelling Bryghus
Attractions
Local specialities
Jelling Bryghus exclusively brews hand-crafted beer of the highest quality, both in regards to taste and appearance. Jelling's rich history and nature provide inspiration for the label names as well as the ingredients that give the beer its strong taste and visual character.
Adres

Jelling Bryghus is a small and flexible brewery. Here, they brew bottle-fermented and unfiltered ale and lager using bottom and top fermented methods. The beer is a "living" product that must be treated with care and enjoyed cool. Jelling Bryghus is dedicated to quality and diversity, rather than quantity.

The brewery was established in 2007 by five local entrepreneurs who recognised the opportunities of the boom in demand for local and specialty beers. The brewing equipment has a capacity for 50,000 litres per year. The brewery uses the all grain method and is therefore equipped to handle all aspects of the quality brewing process, including milling the grain, mash conversion, boiling the wort, storage in cold rooms, bottling.

At Jelling Bryghus, they call their beer "Bottled UNESCO World Heritage" and the range includes such historic names as Gnyble, Poppo, Torvi and Tanmarka But. The beer can be purchased at Jelling Bryghus during business hours and at the restaurants in Jelling. In addition, beer tastings are available for both smaller and larger groups, either in the brewery or externally. The beer tastings are always seasoned with tales from the Viking Age, about the people who lend their name to the local beers.

The names and the many enjoyable flavours and visual impressions are inspired by the rich heritage and nature of Jelling, which is why we call our beer "World Heritage in a bottle". The Jelling Brewery range includes beers with such historical names such as Gnyble, Poppo, Torvi and Tanmarka But. The beer is available at Jelling Bryghus during opening hours and at the restaurants of Jelling. In addition, the brewery offers beer tastings for small and large groups alike, either in the brew house or externally. The beer tastings are always seasoned with stories from the Viking Age, about the people who have lent their names to the local beers.

Jelling Bryghus is open every Saturday from 10:00-13:00 and by appointment.