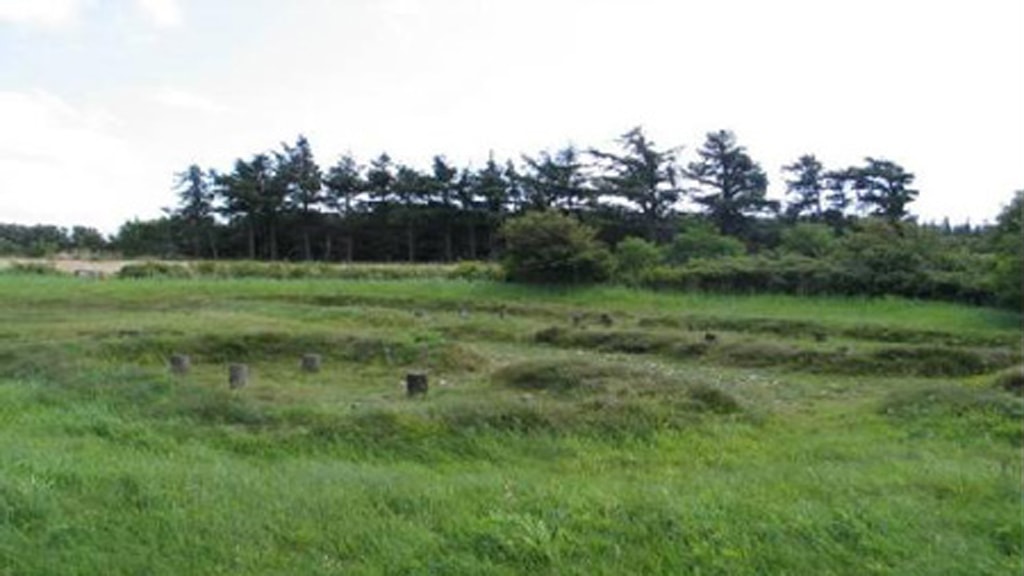 Iron-age settlement in Marbæk/Myrtue by Esbjerg.

On the site can be seen 3 preserved houses from the early Iron Age, where the houses' fireplaces and paved stables can still be seen. Between the houses there are paved paths.

Iron Age finds in Marbæk Plantation
The Marbæk area has been densely built in the centuries around the birth of Christ. Both a grave and several Iron Age settlements have been found along the coast as well as in the southern part of the plantation. In the settlements at Sjelborg and Myrtue, the exposed house walls with paved barn floors and streets have been protected. In the middle of Marbæk Plantation there is also a large system of Iron Age fields - so-called dike ramparts.