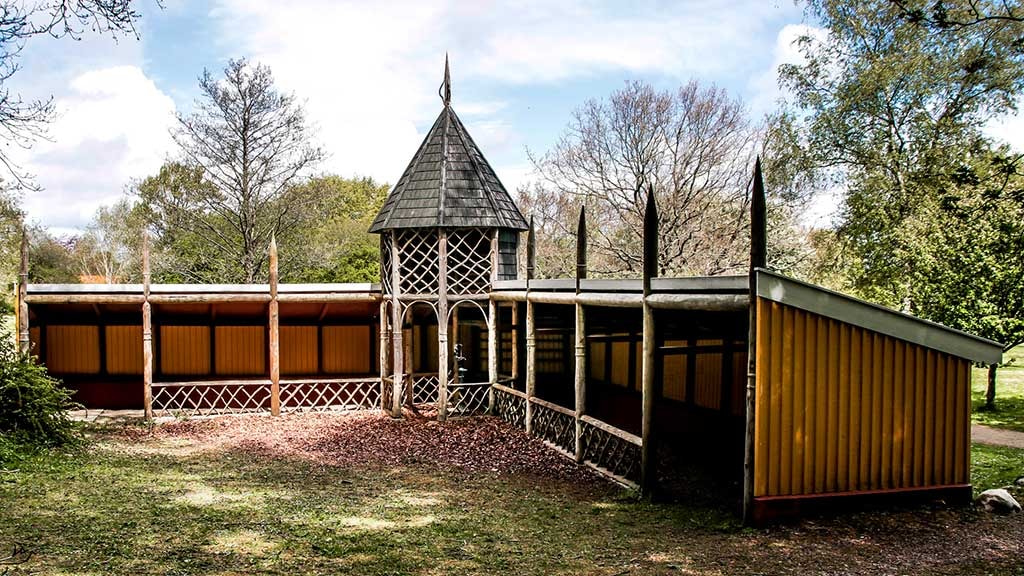 Jernkilden (The iron source) in Sæby played such a big role for a period that Sæby at that time was one of the leading spa towns. One thought that ferrous water was good against many different ailments.

The source has been known for centuries, but the Sæby Iron Source building, in Art Nouveau style drawn by Ulrik Plesner, was not bulit before the year 1887. The source building, which gathered around the well itself, was open towards Sæbygård Forest, while the slope and the forest sheltered from the west wind.

For many years, the iron source has lived a sad life. It was allowed to decay and was repeatedly subjected to vandalism. But now the beautiful building has got the great renovation and has thus again become an attraction for Sæby.