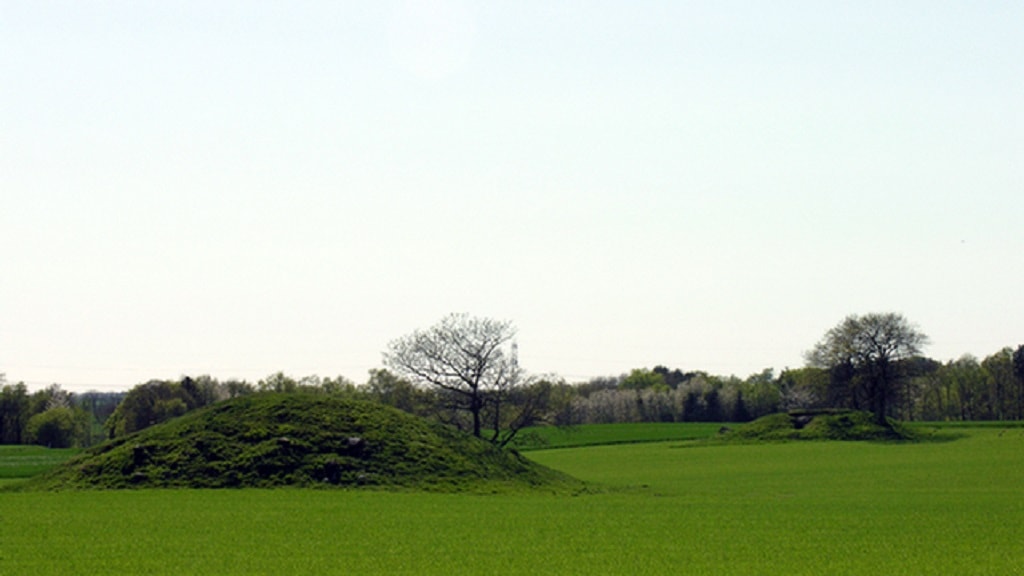 Between Kongehøjen and Katbjerg you find two well-preserved mounds. They are visible from the main road. The first one (towards east) is named Ormhøj, and the other one is named Jordhøj. Shortly before 1900 the latter was excavated and revealed an extraordinary result;

The chamber had been hermetically closed since the Stone Age. The dried masonry, joint with bark from birchwood between large logs, had blocked out even the smallest grain of sand. On the floor, well-preserved planks and branches, along with clay vessels and daggers of flint, were found.

The oval chamber of Ormhøj is approx. 5 meters and an additional smaller chamber exists, which can only be found in few passage graves and only in the area near Limfjorden.

How to find your way:

The mounds are fairly easy to find. They are located just north of road number 555, between Hobro and Mariager. Directly east of Katbjerg.