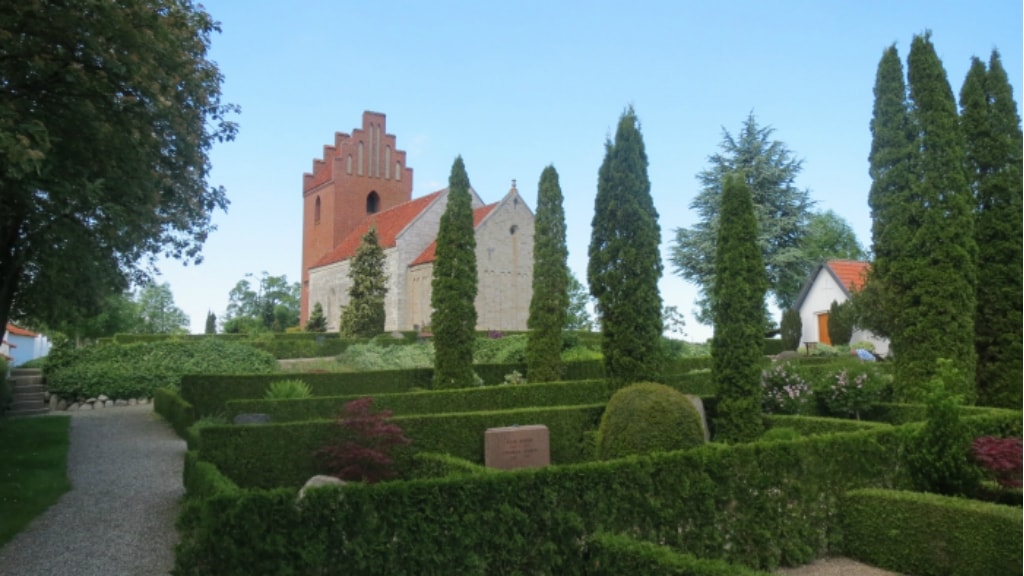 For more than 800 years, the present Kildebrønde Kirke has been the gathering point for the Christian congregation in the parish of Kildebrønde. The Romanesque nave, which is the "body" of the church, dates that far back.

In 1882, the church underwent massive restoration under the guidance of the architect J.D. Herholdt.  In this connection, the old chancel was measured before demolition to ensure that the new chancel could be designed as an exact copy of the old, also with respect to materials and wall finish.

Probably as early as the 14th century, a porch made of mediaeval bricks was built in front of the north door.  However, this porch was also demolished in 1882 and replaced by a new one. Around 1500, the tower was built; on the inside mainly of limestone and on the outside of a red mediaeval brick facing which is still preserved in some places.

The church may seem a bit too 'groomed' considering its age, but since every effort has been made to respect the original look of the church, Kildebrønde Kirke today also appears as beautiful and powerful structure.

However, if you think that the church lacks on outside appearance, this is more than outweighed when you enter the church whose interior underwent massive, yet gentle restoration in 1979-1981 under the guidance of the architect Aage Madsen and the church painter Erik ring Hansen.