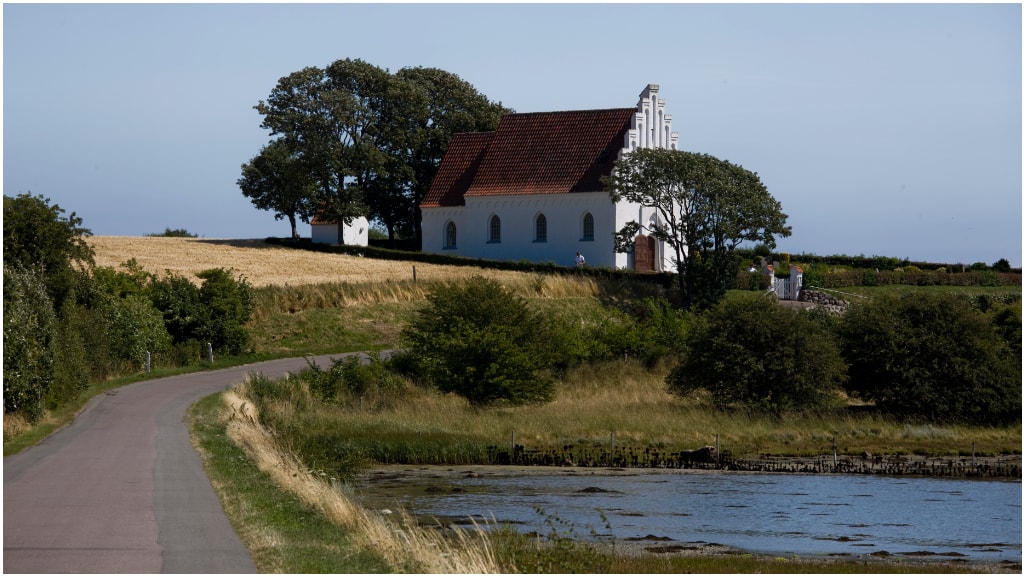 Until the mid-20th century, Langøre was a vibrant town full of fishermen and sailors. In 1925, the population was around 80. Today it is just 13.

As idyllic as the land around Stauns Fjord can be on a summer day, the opposite can be true when snowstorms and harsh winter winds hit it. The road to Nordby Church was long and treacherous, and it could only be crossed on foot or with a horse and carriage. Understandably, a desire for a local church arose by the start of the 20th century, and the first steps were finally taken in 1919. After numerous petitions and the authorisation of the Church Ministry, the chapel of ease in Langøre was completed and inaugurated on September the 13th, 1925.

For the first 40 years, the church was lit by candles, as it was not until 1965 that the church received electricity.  However, due to the beautiful ambience they create, they decided to only change the wall lights and kept the beautiful chandeliers illuminated by candlelight.

Langøre Church is the youngest and smallest church on Samsø, and thus, it does not have the same historical aura of the churches from the Middle Ages where generation after generation of old Samsø families have met for times of joy and sorrow. With its simple and and intimate atmosphere, Langøre Church is popular for weddings and baptisms – as well as to visitors to the island.