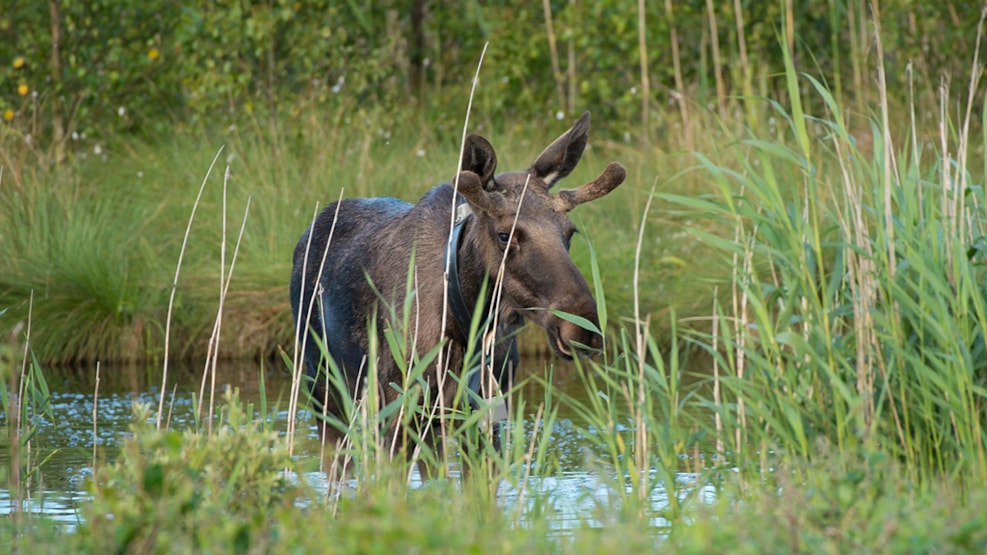 Lille Vildmose, with an area of over 7,600 hectares, is Denmark’s largest protected natural area. It’s larger than Fanø in the Wadden Sea. You can investigate the Vildmose area, on the edge of the Kattegat and just south of the Limfjord, on foot and bicycle, and by bus and car.

Seen from the 30-40-metre-high hills, which run in a north-south direction west of Lille Vildmose, you might imagine the area as an organism, with the heartbeat coming from the raised bog.

Above the bog’s open expanses, you have the best opportunity in Denmark of seeing the golden eagle soaring over its hunting grounds, as the Vildemose area is the home to the Danish golden eagles.

Since 1999, golden eagles have bred every year in the forests of Lille Vildmose and the even larger white-tailed eagle has now established itself in the area. The eagles help emphasise the magnificence of the nature in the area. From Hegnsvej, south of Høstemark Skov in the north-eastern part of Lille Vildmose, golden eagles can be seen every day and from the tower, Tofte Sø Tårnet, for long periods throughout the year you’re almost guaranteed to see white-tailed eagles with your binoculars. During the summer half of the year, these magnificent birds of prey hunt cormorants in the colony at the lake, Tofte Sø. For many years, Vildemose’s central lake has been the location of Denmark’s largest cormorant colony, consisting of around 4,000 pairs, but this number has fallen recently. It may be because of a lack of fish in the Kattegat. Or perhaps it’s due to the eagles hunting the cormorants.

During your visit to Lille Vildmose, you can stop off at the visitors’ centre, the Lille Vildmose Centre. Here, you can learn about the nature and culture of Lille Vildmose. You can also get directions, if you want to experience the bog by yourself, or you can also reserve a place on a guided tour.