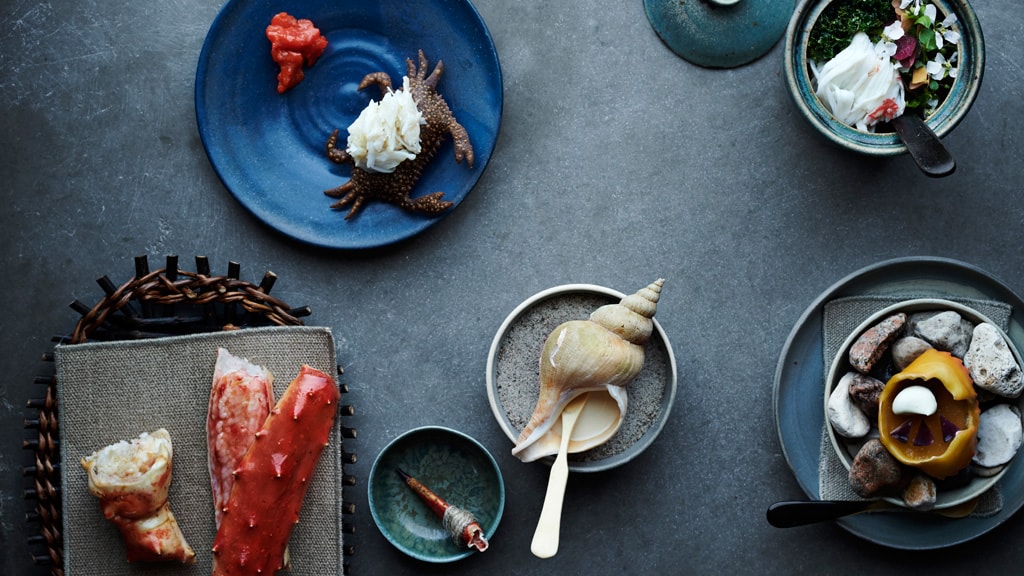 World-famous Noma is a beacon within ground-breaking gourmet gastronomy and has four times been named world's best restaurant.

For more than a decade, Noma has been synonymous with a food revolution under the name New Nordic which helped put the Nordic region, and Copenhagen in particular on the world map of fine, contemporary gastronomy.

Noma was ranked as the World's Best Restaurant in 2010, 2011, 2012 and 2014. And before the restaurant closed down in a period in 2017 for a move and to completely reinvent itself, Noma also held two Michelin Stars. In February 2020, they yet again reacquired their two stars.

The new restaurant designed by Bjarke Ingels Group, boasts an urban farm and is surrounded by nature in the hip, former industrial neighbourhood of Refshaleøen.

The kitchen divides the year into three seasons, where the menu changes to match the current peak of ingredients. From early January to spring there is a Scandinavian seafood focus. From late June to late September a vegetable season. And from October to December, a game and forest menu.

The new Noma is located just one mile away from the old, and it now has an urban farm and a view over Christiania. The new Noma is quite impressive with seven buildings with different functions, although there is only 40 seats in the restaurant's dining room. They are now open 4 days a week (Wednesday to Saturday) and have four waitlisted student seats every night- with a valid student card, you will get the food experience for 1000 Danish kroner.

Chef Rene Redzepi excels in Scandinavian cuisine. Superb produce is brought in from Iceland, the Faeroe Islands, Greenland, and, of course, Denmark. Redzepi has worked at famous El Bulli in Catalonia, so it comes as no surprise that the food here is exceptionally good. Noma is among the world's most popular restaurants, so it is important to book many months in advance.