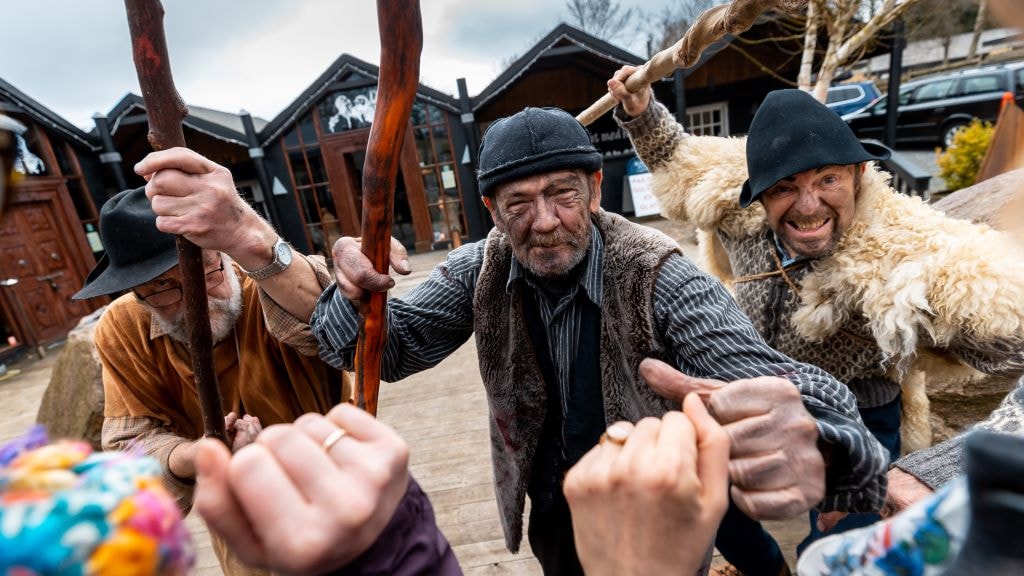 The Robbers from Rold

In Rold Forest stories about robbers have existed since Maragret the 1st (1353-1412). The some of the most notorious robbers lived in the area from 1800-1837, when they were arrested.

Bette Fanden (1801-1870), meaning the small devil, whose real name was Johannes Jensen. He was a short man, but he was ruthless. He earned his nickname after he robbed an elderly woman. During the robbery, he covered himself with a cowhide, with the horns still attached. A dark night, he broke into the home of the woman, and she was scared witless, and because of the horns she believed that she was seeing the devil himself. He robbed her, but left her unharmed. Other victims were not so fortunate. He was convicted of 47 crimes, and spent the rest of his days imprisoned at Holmen in Copenhagen.

Lorentz Meyer (1800-1878). The gang of robbers, were named after him as he was the first to be captured, when the network of robbers were being unravelled. He was a shoemaker, but needed more money because he lived a wild night life. He funded his life with robberies, and started with his own boss. Lorentz Meyer was caught more than once, however, he was quite the escape artist. At last he was convicted of 82 crimes, and sentenced to public whipping and a life imprisoned at Holmen in Copenhagen.

Petronillen was the mistress of Lorentz Meyer, and not very pleasant company. She was very violent and often pulled out a knife during robberies. Many stories tell that she burned infants on the heating stove, to force the parent to tell where they were hiding their valuables. She was convicted of 14 crimes, and her punishment was public whipping and imprisonment in Aalborghus Castle.

However, during time, the robbers have been romanticized. In the 19th century, people were afraid and would do anything to avoid them, but the Robbers from Rold that you can meet today are a fun experience. Today, you can even order an “assault” by the robbers, however, with a friendlier outcome than during the 19th century.