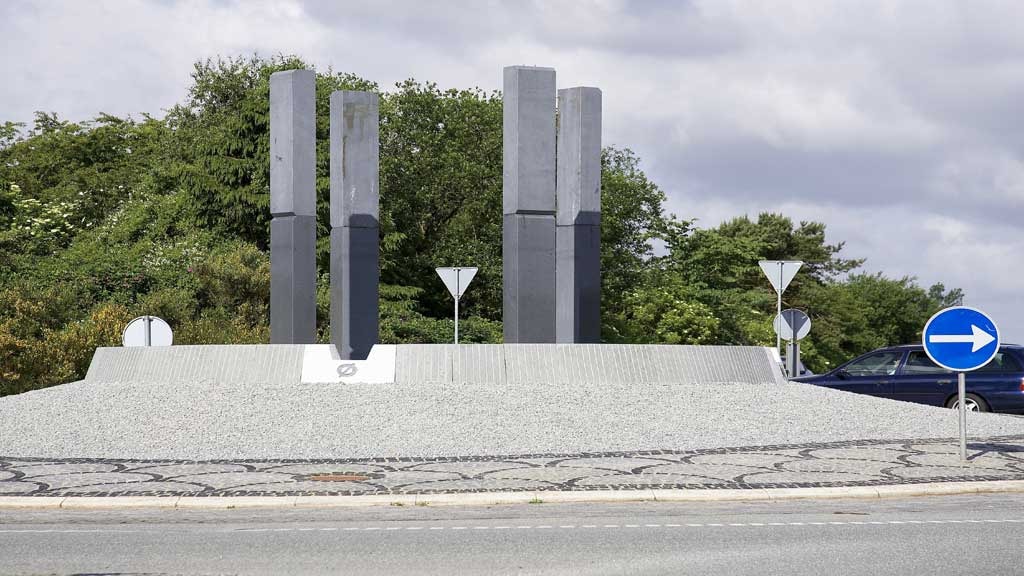 Story
The Square and the Castle are symbols of two fundamental building forms and attitudes: the open and the closed. Can the workplace be compared to a square where ideas and goods are exchanged freely, or is it rather a castle protecting itself from the world? Is your family an open place or does it shut itself up? Are you a participant in a square or an observer from a castle?
The Square and the Castle encourage the passers-by to consider their own openness. Both in general and right now: How open - or how closed - will it be appropriate to be in the present situation?

Form
The form was inspired by Greek columns and can be seen as a square surrounded by columns. It can also be seen as a stylised version of Stonehenge or as four persons having a conversation.

In terms of idea the inspiration for the Square is from the Athens of Antiquity where citizens met and exchanged points of view, ideas, and goods freely, and where democracy was born. The Scandinavian parallel is the thing where matters were settled by equals. It is representative government, conversation, and the spoken word.