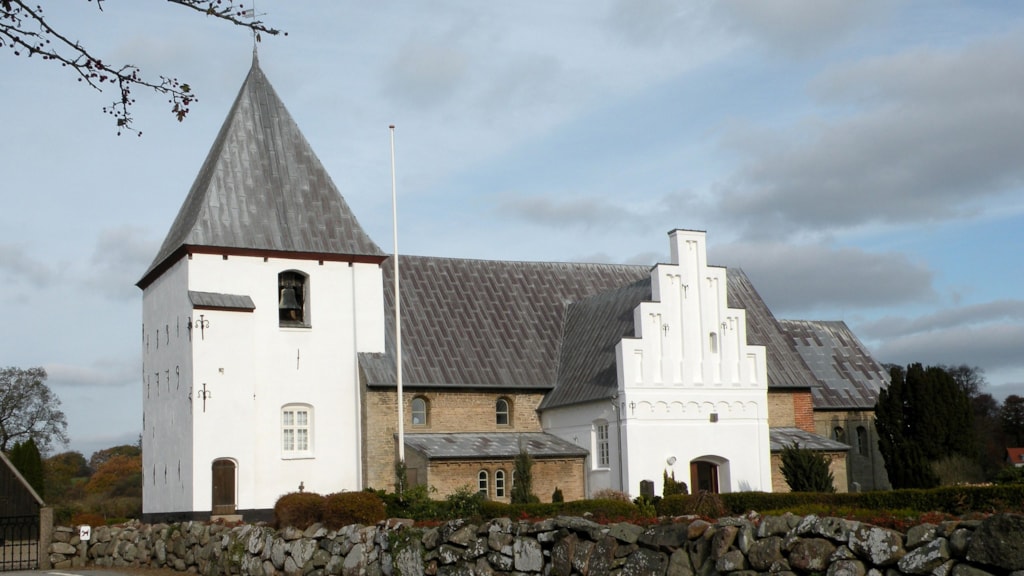 Foto: VisitHaderslev
Attractions
Churches
Far from the original settlement in the parish, right next to the banks of Haderslev Fjord lies Sdr. Starup Church, built on an old fair ground, where there would have been a lots of life and activity.
Adres

Here, you will find a small, slightly dense basilica, with no less than three naves with high windows placed over the roofs of the side-aisles. The church was built around the year 1100, and was probably financed by a local lord using the proceeds from the yearly summer-market, according to archaeological excavations in 1985-87.

The excavations from 1985-87 were carried out by Haderslev Museum and showed that there had once been a fairground. It would appear that the ground was only used during summer for a combined trade-, craft- and living area. The area was densely populated during this time, and remains from ovens and hearths, as well as garbage, shows that there was once lots of life and activity, drawing in traveling craftsmen and merchants.

You can experience the church on your hike along the Camino Haderslev Næs, as Starup Church is the dividing point between stage 2 and 3 on the trail. Surrounded by wonderful nature and close to Haderslev Fjord, the church is definitely worth a visit!

The church is open for visitors all days from 8am to 4pm.