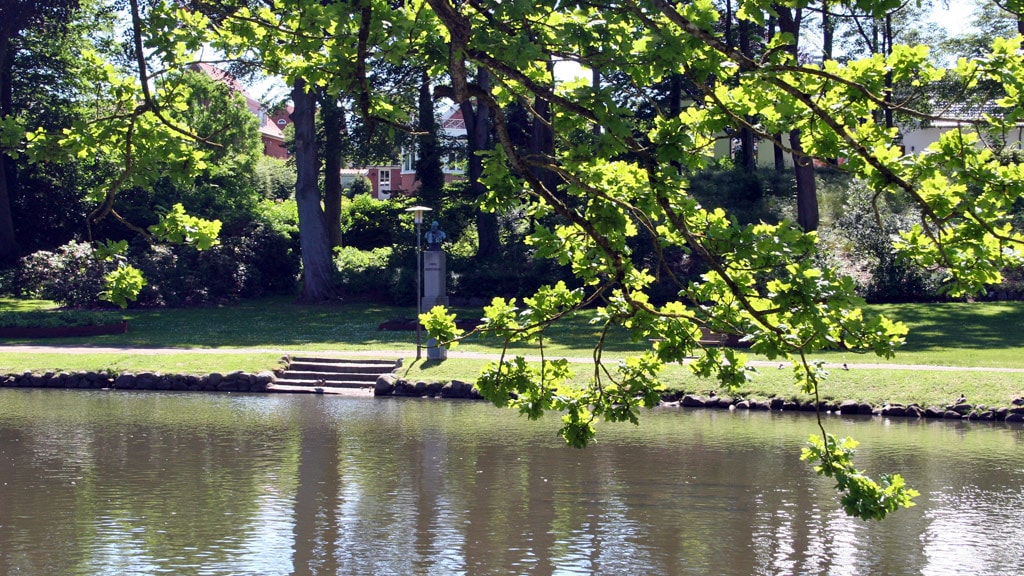 Svanelunden in Hjørring is a town park south of the railway station, which was laid out by Hjørring Municipality in 1878. In 1884, the swan lake was excavated to form a skating lake.

A pair of swans were released onto the lake, and the park was therefore called ”Svanelunden” ("the Swan Grove”), a name that became official in 1888. In that year, it was decided to extend the park and erect a pavilion. In 1927, another lake was created, in which a fountain was later placed. The park contains a pavilion with a terrace and a bandstand, which, with its weekly concerts, made Svanelunden a popular attraction. Both are of these are still in use. In the park, you can feed the ducks, enjoy the views of the fountain, let your children play or relax on one of the benches beside the lakes.