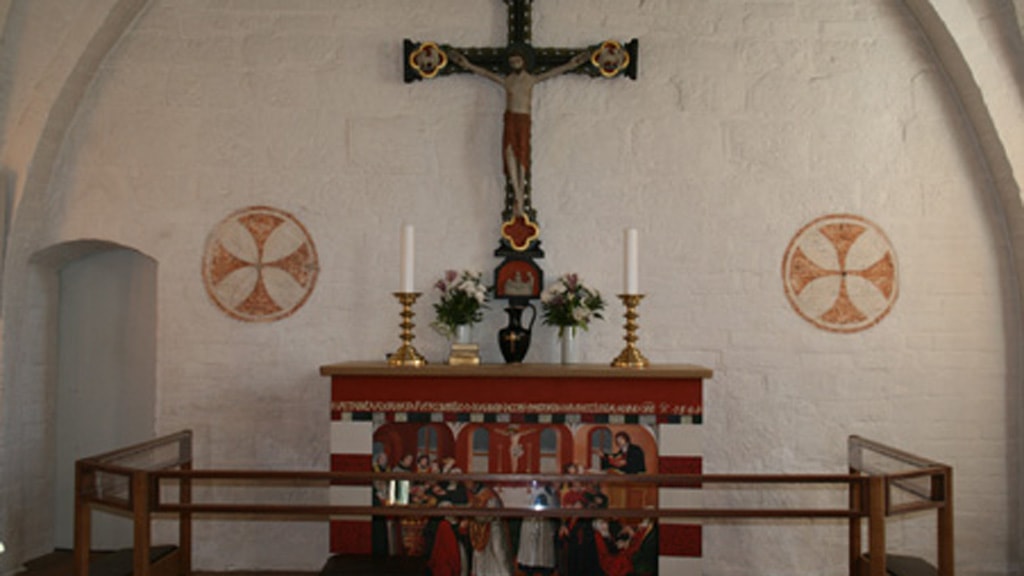 Torslunde Church was built around year 1100.

The porch and choir were added to the church in the 14th century, the tower and bells in the 15th centeury.

The baptismal font is today considered an irreplaceable treasure, but this has not always been the case.

It is told that a farmer bought the font in 1806, wanting to use it as drinking trough for his animals.

50 years later, the blunder was discovered, and the baptismal font was purchased back for its proper place.

Today the original is on display at the National Museum. the picture shows a Lutheran service after the Reformation in 1536.